From 1957 to 1967, Disneyland offered guests a glimpse of future living through the Monsanto House of the Future, showing them what their own homes could someday look like with new emerging technologies—specifically with plastic provided by Monsanto, of course!

Disney World had something similar—sort of! When Space Mountain first opened in in 1975, it was sponsored by RCA, who, wanting to make the most of their sponsorship, decided to use the attraction to promote their own products through the ride’s post-show: the RCA Home of Future Living.

As with the Monsanto House of the Future, the RCA Home of Future Living also offered guests a glimpse of, well, “future living” by showing them what their own homes could someday look like with new emerging technologies—specifically with electronics provided by RCA, of course!

To learn more about how RCA led the way to the future, click READ MORE:

This glimpse into future living began as soon as guests disembarked at the unloading section and stepped onto the speed ramp. During their conveyer belt ride back to Tomorrowland, guests would pass by several scenes of a future family residing within their home of the future, furnished with the latest in RCA technology, of course!

The first scene involved the father of the house lounging outside on the patio while having a conference call with a female colleague using a teleconferencing device that looks almost like a laptop—something that wouldn’t be invented for another six years.

While businesspeople probably don’t make important business calls in such style or luxury, the advent of webcams and telecommunication software like Skype and Face Time do make such casual conversations possible. 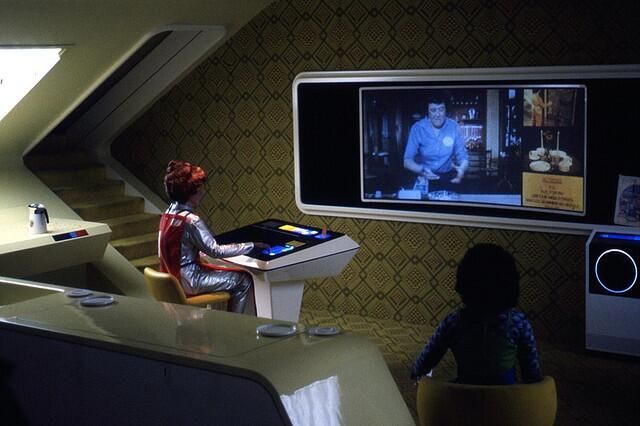 The next scene involved the mother figure in the kitchen—because where else would a woman be back in those days?—watching a shopping program on a large flat screen television while ordering the products using a control console.

The Home Shopping Network would not make its premiere for another few years, although today you have to wonder why such shopping channels still exist when you can easily make such purchases through on-line shopping. Still a wonder that Amazon hasn’t killed off HSN by now!

Meanwhile, in the bedroom of the teenage daughter, the young lady is doing what most young girls usually do: talk on the phone and listen to music. Oddly enough, her phone of the future still uses a cord, so cordless phones were still unheard of.

But perhaps most impressive is the concert she’s watching on television using a SelectaVision videodisc player—think of it like a DVD player, only it played discs the size of records, and it was no match for the popularity and viability of VHS cassette tapes at the time.

And of course, the big draw was the living room scene, which featured the rest of the family watching a football game on a large flat screen television while the older brother uses another more-curved television screen to play a skiing simulation. Not only did this scene manage to envision motion control video games, but also curved television screens—which are a thing for, well, reasons!

The very end of the ride featured a boy and his dog with a camera as they captured footage of the guests as they rode past, with said footage showing on several television screens. While something like this is commonplace, it must have been quite the rare marvel for the guests. 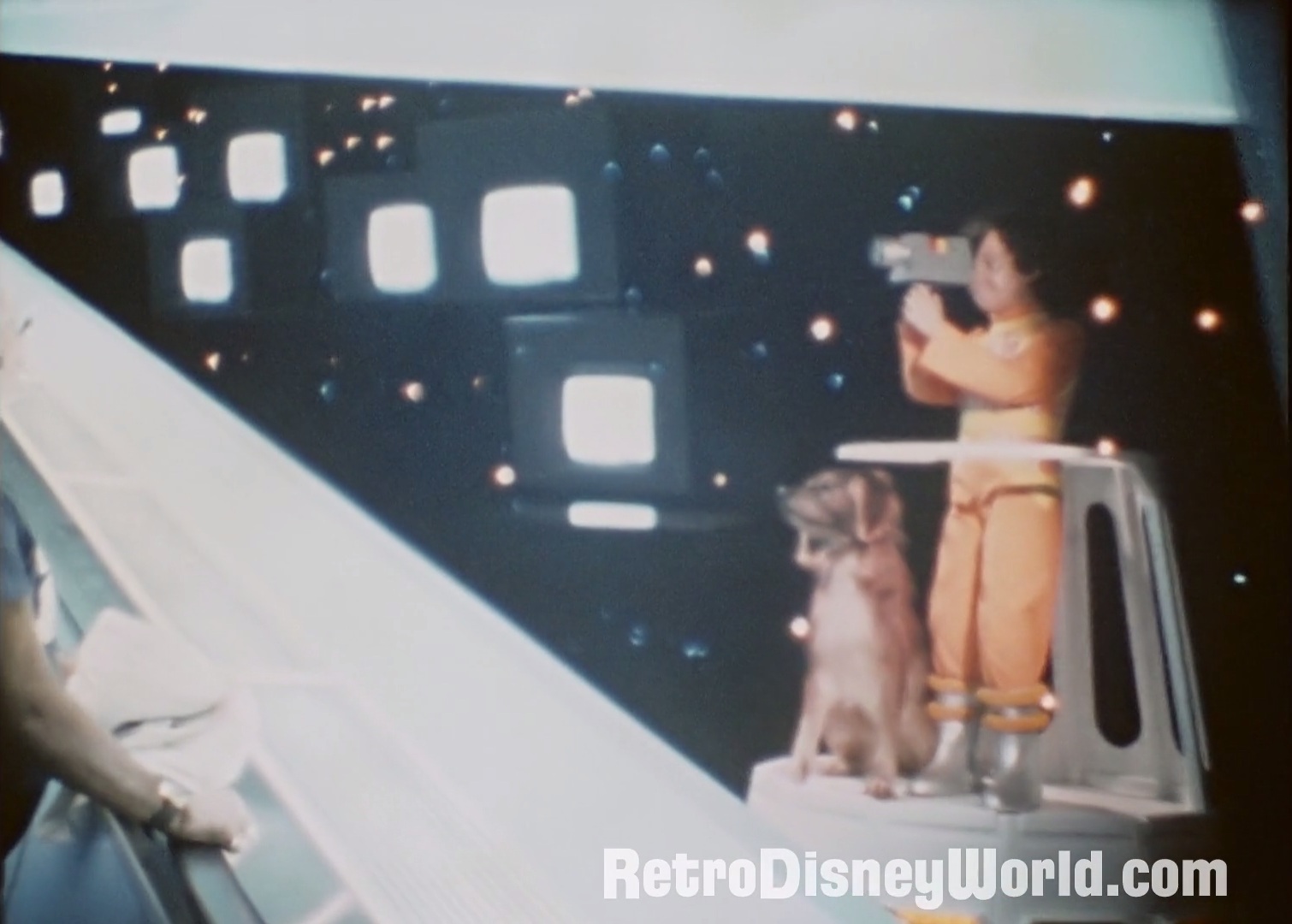 On their way out, guests could hear the music of the post-show’s theme song, RCA Leads the Way. This upbeat march sounds very commanding and offers a real feeling that you’re following along the march of progress into the future, a future made by RCA as it leads the way:

The RCA Home of Future Living lasted as long as RCA’s sponsorship until 1985. Since then, the speed ramp post show would undergo several changes along with Space Mountain.

While RCA’s show has several elements that clearly date it—most apparently being the ridiculous polyester jumpsuits everyone seems to think we’d be wearing back in the 1970s—and while it was a blatant commercial for RCA products, the show did showcase several emerging technologies that are commonplace today, including flatscreen and curved televisions, video chat, distance shopping and learning, and motion-controlled video games.

Posted by The Magic Ears Dudebro at 9:23 AM