Rise of Skywalker was recently released in theaters. The last installment within the sequel trilogy saw the return of many characters. Well, many characters except one: Rose Tico. Despite having a prominent role within The Last Jedi, she unfortunately had her role in this movie downplayed with less than two minutes of overall screen time.

Making matters worse is how the actress, Kelly Marie Tran, was subjected to racist and sexist harassment, to the point where she was forced to leave social media. And Disney's response to this was to reward the angry racist fan boys by downplaying her role in the new movie? Way to reward bad behavior, guys! Not cool!

The good new is that Jon Chu, the director of Rich Crazy Asians, has offered to create a spinoff series starring her on Disney Plus. Whether Disney will accept this offer, only time will tell. But we can hope. Because #RoseTicoDeservedBetter! At the very least, here's this week's Fan Art Friday showcasing fan art of this most underrated and overhated character. Because she deserves better!

For some fan art of a very underrated and overhated character, click READ MORE: 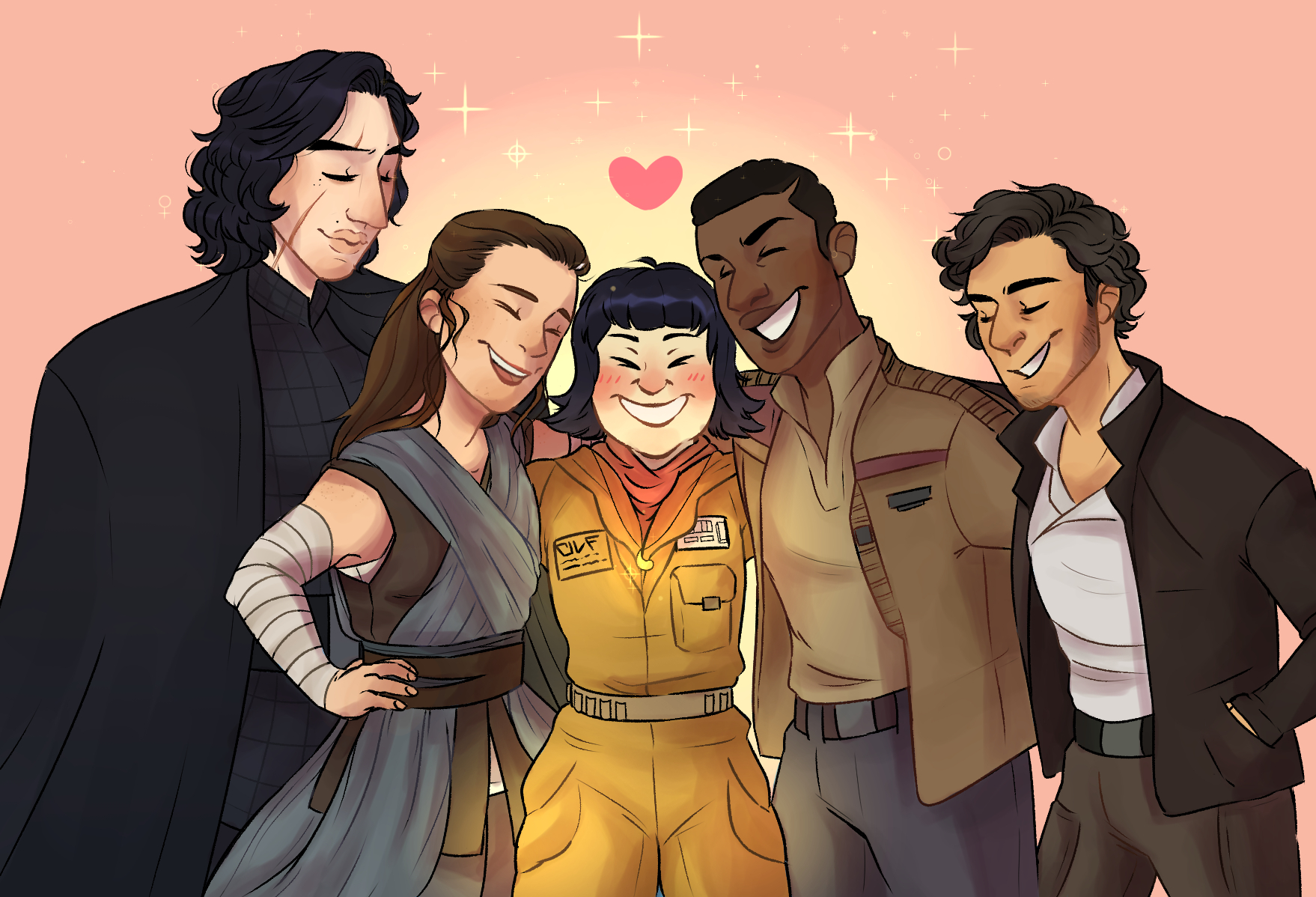 We're here for you by Naheska

Angry Star Wars fans may not like her, but everyone else in the movie has nothing but love for Rose Tico.

Really love her design here. Reminds me of Samurai Jack. Now I want to see the Clone Wars mini-series by Genndy Tartakovsky uploaded on Disney+.

Aw! This is a cute drawing of the two best characters in the sequel trilogy. They're both cute cinnamon rolls.

Put My Fist Through This Town by manga-pasta

Many people complained about the Canto Bight scene in The Last Jedi. Personally, while I can understand why some people would consider it superfluous, I felt it added a much needed level of socio-political commentary. Also, who doesn't like seeing animals crashing through a busy casino?
Posted by The Magic Ears Dudebro at 6:00 AM