6 Ideas For New Disney Plus Shows

Recently, a new challenger arrived in the form of HBO Max, which boasts more than 10,000 hours of content at-launch. With a larger and more diverse library, HBO Max could very well give Disney Plus and Netflix a run for their money. Only time will tell which service will stand out as the true champion.

If Disney Plus hopes to step up its game against its competitors, it will need to roll out more content to make its subscription worth the monthly fee. So far, the platform has slated original movies and upcoming projects for Marvel and Star Wars. But if the service hopes to compete against the big boys, it'll need to think big with its programming.

Here are a few suggestions for original concepts that Disney Plus can create to help bring it up to par with its competitors.

For some plus-sized ideas for Disney Plus, click READ MORE:

I promise I have original content planned for the near future. Really, I do. But until then, just bear with me as I compile some far art from previous Fan Art Friday posts. Think of these as some of the greatest hits from past posts, fan art so great I had to share it twice. So check out a blast from the past with this week's Fan Art Friday.

For fan art that's a blast from the past, click READ MORE:

Throwback Thursday: I Have The Power


Two weeks ago, the fifth and final season of She Ra And The Princesses of Power premiered on Netflix. And it was awesome. Especially the series finale!

I didn't grow up with either the original He Man or She-Ra. I was born in 1987, so both shows were well before my time. As such, I don't have a deep affection for either series like most old school fans.

Like I said, I never watched the original She-Ra, but having seen bits and pieces of it here and there, as biased as this may sound, the new show seems infinitely better than the old show.

The characters from the new show have more diverse and creative designs. They don't all look the same because they weren't all designed to conform to the same toy model. They all have actual character traits with character arcs that allow them to grow and mature throughout the series. They're not just colorful characters created to sell action figures.

And the story! While the original series was strictly episodic to conform to the restrictions of syndication, the new show utilizes the streaming format by offering a fleshed-out overarching narrative. The entire series has a definitive beginning, middle, and end. All of that, by default, makes the new series better than the old.

I'll have more to say about She Ra in an upcoming think piece, and why I believe the show excels where most Disney properties falter. Until then, allow me to use this Throwback Thursday to share something actually good from the old series: a music video.


To rock out to the Honor of Grayskull, click READ MORE:

My family had a major emergency earlier this week. One of our close family members was hospitalized. Don't worry! They don't have COVID-19, and they're recovering from their condition. Nevertheless, because of the overall trauma from the event, I won't be hosting regular content this week. Tune in next week for some new stuff. Also, please send your thoughts and prayers. Thanks!
Posted by The Magic Ears Dudebro at 2:49 PM 1 comment: 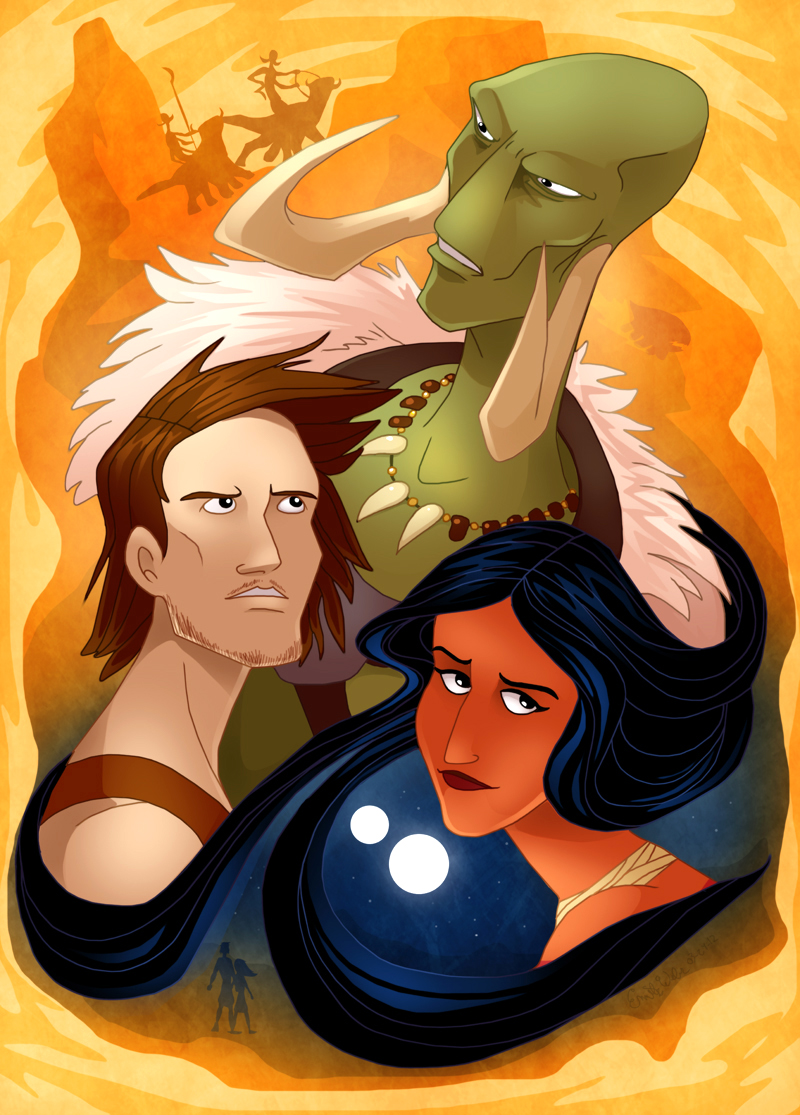 Recently, John Carter was released on Disney Plus. If you don't know what that movie is, there's a reason for that. Based on the Princess of Mars pulp series by Edgar Rice Burroughs, John Carter was Disney's attempt to make its own Star Wars-style sci-fi movie series. Unfortunately, the movie flopped hard in the box office, and Disney would go on to lick its wounds and purchase the Star Wars franchise instead.

While John Carter performed poorly in the box office, it would be dishonest to insist that its poor performance was due to the movie being "bad." On the contrary, the movie has since become acknowledged as a cult classic. While not a "perfect" movie, it really wasn't "bad" either. By all means, it's an okay movie whose box office failure was mostly due to bad marketing.

If you haven't seen the movie, I'd highly recommend that you do. It's a really thrilling sci-fi action adventure flick. The only real "criticism" is that the movie seems derivative of Star Wars, but only because the movie is based on a classic sci-fi story that served as the inspiration for Star Wars. Otherwise, check it out on Disney Plus. And if you have time, check out this review by Crimson Rouge. He does an excellent job discussing the movie, its relation to the original source material, and the real reason why it flopped hard in the box office.

Otherwise, here's some fan art based off the movie--or rather, here's fan art based on the original Princess of Mars story. It's truly out of this world.


Last week, on May 9, 2020, famed rock star and songwriter, Little Richard passed away. Often nicknamed "The Architect of Rock and Roll", he wrote some of the most memorable rock songs of the Golden Era, including “Tutti-Frutti”, "Good Golly Miss Molly", and "Long Tall Sally."

If you're a millennial like myself, you probably recognize his sultry voice as the one providing the main vocals for "The Magic School Bus" theme. Or perhaps you've heard some of his popular songs while being forced to listen to the oldies radio station by your parents or grandparents.

However, if you watched Disney Channel in the late 80s/early 90s, you've probably heard his songs accompanying music videos on a popular segment: DTV.

To listen to Little Richard on DTV, click READ MORE:

Throwback Thursday: 287 of the WORST Game Reviews Ever


Nothing major for this week’s Throwback Thursday. Just wanted to share a video I really enjoyed. It still touches on a nostalgic subject, so it counts. Also, it’s not Disney-related, but it does involve another interest of mine: video games.

Video games may have received their start in the 70s and 80s, but there’s no doubt the 90s were when they really took off and experienced their greatest boom in popularity. Two-dimensional 16-bit graphics evolved into three-dimensional 64 bits. The Sony PlayStation stepped into the ring to take Sega’s place as Nintendo’s greatest competitor. And the internet allowed gamers of all types to share their thoughts and opinions on their favorite games through forums, chats, and reviews.

Video games reviews have existed for as long as video games themselves. Most reviews were confined to magazines such as Nintendo Power and Electronic Gaming Monthly, or to websites such as IGN. Nowadays, anyone with a camera and opinion can discuss their favorite games with review channels. But long before YouTube, there was one other venue through which gamers could air their opinions: television.

In the mid-1990s, this man became one of the first gamers to express their video game views and reviews on television. He hosted a public access show called Flights of Fantasy where he reviewed video games. He later uploaded many of these reviews to YouTube through his channel NAVGTR, re-naming his review series, Gaming In The Clinton Years.

However, while Wood may have been important for being one of the first video gamer reviewing personalities, important doesn’t equal good. And his reviews weren’t good! Wood tended to be inconsistent in his ratings of various games, and often went on tangents over unimportant details. For example, his review of the SNES Toy Story game constantly berated the game for not being created on “Silicon Graphic Computers.”

Recently, modern video game reviewer Caddicarus decided to watch all 287 videos from GITCY. His response, to say the least, was as hilarious as it was enlightening. Check it out:

Posted by The Magic Ears Dudebro at 6:00 AM No comments:


The fantasy genre is quite the paradox. On one hand, fantasy, by its very definition, focuses on subject matter that supersedes our tangible reality. It's a genre that inspires creativity, with the only limitation being one's own imagination. On the other hand, if most contemporary examples of the genre are any indicator, then most people's imaginations are limited to the works of Tolkien.

Most fantasy stories, rather than push the boundaries of creativity, instead confine their creativity to a mass-produced cookie-cutter model. Most plots follow the hero's journey, most characters are archetypes, most settings are based on medieval Europe, and most creatures are ripped from the pages of a D&D instruction manual.

If you've read Lord of the Rings or Harry Potter, then you've experienced most of what contemporary fantasy has to offer, which is mostly deviations of those stories. Otherwise, unless you're actively seeking authors who aren't basic straight white guys, it's rare to find fantasy stories that deviate greatly from the mainstream cookie-cutter formula and delve into creative new territory.

Thus we come to Onward, a movie that exemplifies the paradox of the fantasy genre. On the one hand, the movie takes place within a fantastical setting that offers countless possibilities for potentially new and creative stories. On the other hand, the story itself follows a standard by-the-book adventure plot. The only real difference is that the setting is "what if fantasy setting, but in modern times?" and the "adventure" takes the form of a buddy road trip.

The movie itself has not done well for itself. Onward was unfortunately released during the start of the COVID-19 outbreak, which forced many theaters to shut down. These unfortunate circumstances forced the movie to suffer the worst box office for a Pixar film since The Good Dinosaur and inevitably led to it being released early on Disney Plus.

On top of all that, Onward also experienced a PR nightmare when one of its minor characters was revealed to be gay. While Disney certainly had its heart in the right place by attempting to include much-needed LGBTQ representation, the fact that the character in question played a fairly minor role with only a few lines of dialogue sparked a backlash, lambasting the film of engaging in "rainbow capitalism" and "performative wokeness." (Oh, and homophobes went and did a homophobia, as can be expected!)

But in spite of its poor box office numbers and its flaccid attempts to appear "woke", is the movie any good? Does this movie dare to venture "onward" and actually "brave" new territory for the fantasy genre, or will it suffer the same fate as Brave and fade into the wisps of the forgotten?

To move onward to see my opinion on Onward, click READ MORE:

One year has passed since Avengers: Endgame was released in theaters. It was a glorious finale to a grand franchise--although is it really a "finale" if the MCU is still going to continue afterwards? No matter! This was an epic finale to an epic movie series. Not every part was perfect, but the parts that were were, well, perfect. So here's some fan art to commemorate its one-year anniversary!